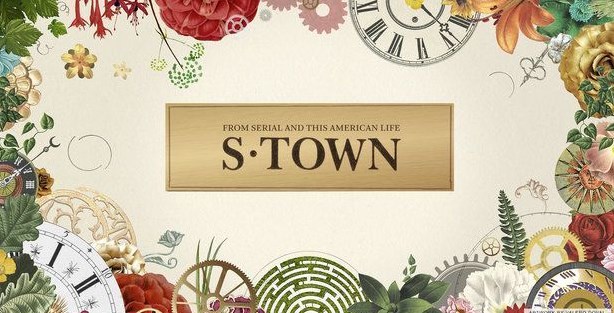 S-Town Is Blowing Up

In case you missed all the excitement in the podcasting industry the past week or so (I’m not talking about us), one podcast is blowing up the charts and making history. S-Town, the new seven-episode podcast has taken the industry by storm. And honestly, when you know who the creators are…it’s really not that surprising!

The Brilliant Team Behind S-Town

The podcast was developed by the team behind the 2014 industry-changing podcast Serial.  The biggest difference in the roll-out of the original series and S-town is the fact that the original production was rolled out weekly. S-town was dropped all at once, allowing us podcast lovers to what we do…LISTEN, DOWNLOAD, LISTEN!

As reported by Variety:

In “S-Town,” longtime “This American Life” producer Brian Reed begins by delving into a murder mystery in a rural Alabama town. He began reporting on the story three years ago, after he was contacted by John B. McLemore, an antique clock restorer from Woodstock, Ala., asking Reed to investigate the scion of a wealthy family who had allegedly been bragging about getting away with murder. As the podcast unfolds, someone else winds up dead — and new mysteries emerge about a bitter feud and a hunt for hidden treasure. (The name of the podcast derives from McLemore’s description of his hometown as “Shittown.)

So How Did S-Town Derive It’s Name?

Without spoiling anything, as mentioned above, the name S-Town is short for ‘Shitttown’.  As Romper reported, just after the show dropped on March 28th:

S-Town host Brian Reed first encountered the man who would embed himself in the center of his reporting efforts for the next three years back in 2013. “John B. McLemore lives in Sh-ttown, Alabama,” screamed the subject line of an email McLemore himself sent to Reed, a senior producer on the radio show This American Life, at the time. In the email, McLemore implored Reed to come investigate police corruption and rumors of a murder cover-up in the hometown he despises. That would be Woodstock, Alabama, a blip on the map that about 1,500 call home.

What does the viral success of S-Town tell us about the podcast industry and binge listening?

The success of S-Town is falling in line with the consumption habits of heavy podcast listeners, especially when they find something they love! Rather than hopping from show to show, we’ll just stop in one place, like S-Town!

Podcast listeners are open to binge-listening, should a compelling show like S-Town drop at once, as they already are listening to an average of 5 podcasts a week.

Personally, I don’t necessarily equate the immediate success of S-Town to a binge-listening experience, especially in the same context as Netflix or Amazon Prime. But yes, you can call it binge if you’d like!

So now let’s talk about the fun part…how you too can become a victim of the binge-listening experience of S-Town! (and I say that in a favorable context)

Editorial Note: This post is targeted for new listeners that have never listened to a podcast!

How & Where to Listen to S-Town?

So…what’s the best way to find & listen to S-Town? First, you can listen here (click on the pic below) if you just want to ‘test-drive’ the experience, as we are using the iTune feeds from the source. 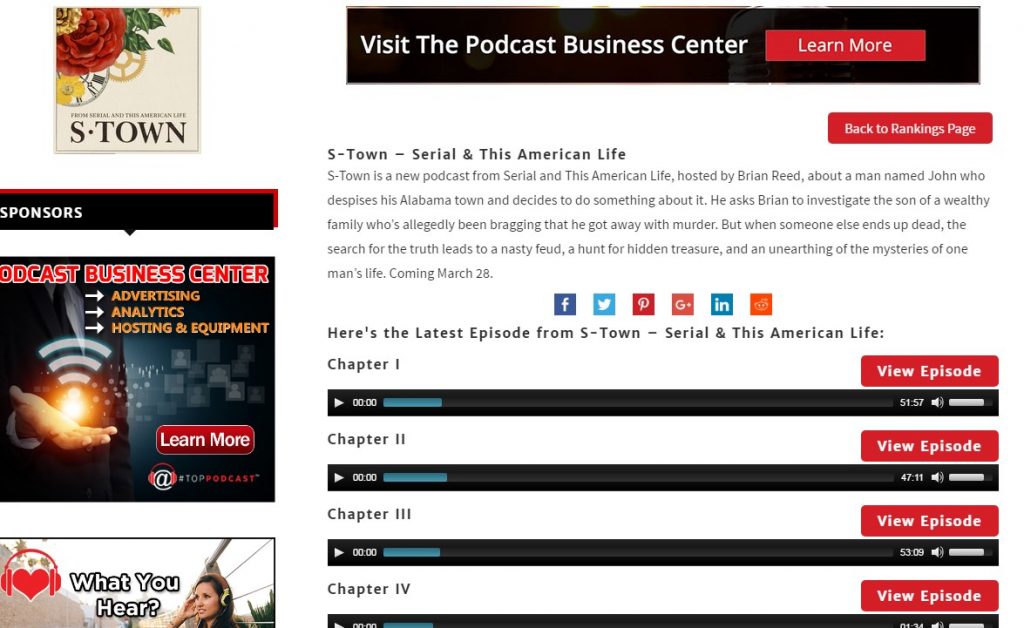 Why Not Dive into the Podcasting Experience…Here’s How!

But, once you’re ready to DIVE HEAD FIRST into the Podcast Listening Experience, here’s where you can discover a more compulsive way to listen: 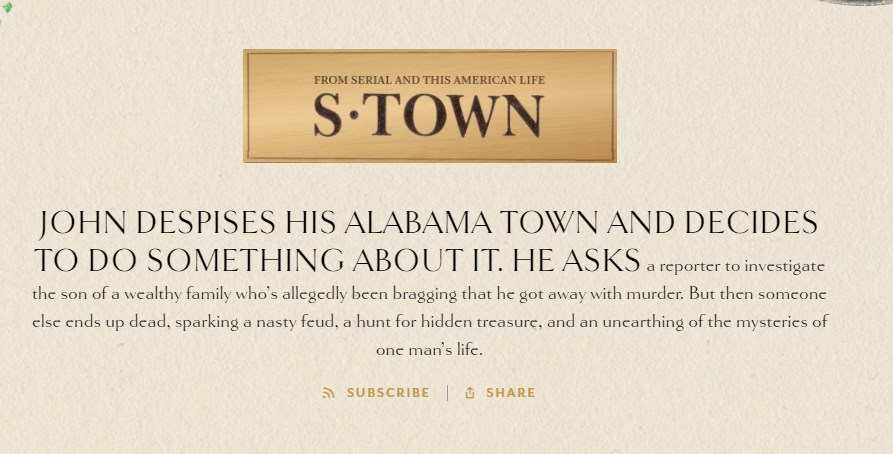 Looking For A New Podcast App? We...

Bill O’Reilly & A ‘Monkey-See-Monkey-Do’ Narrative Will...