Top Posts
Podcasts are Going Mainstream.
Apple Updated Its Categories & Subcategories – It’s...
Custom Branded Podcasts Becoming A Must-Use Tool for...
Podcast Advertising Works Because It’s the Ultimate Referral
Looking for Many of the Top Podcast Publishers...
NPR: An ‘Authentic’ News Gathering Organization That Has...
Got Podcast? TopPodcast.com Will Give Independent Podcasters A...
The “Lean In” Listening Experience Makes Podcasting Ads...
The Power of Podcasts Deliver Unblockable Ads &...
TopPodcasts for Kids? Podcast Networks Are Betting Kids...
Home Business News The New York Times Is Anything But Failing And Their #TopPodcast ‘The Daily’ Proves It
Business NewsLatest Industry News & TrendsNew Shows & Publisher News

Over the last 16 months, the digital transformation at the New York Times has been anything but extraordinary.  Since the astounding debut of their #TopPodcast “The Daily”, with over 27 million listens since it’s debut last February, the ‘digital media company continues implementing a powerful distribution strategy across all major platforms.

More recently, at their NewFronts presentation on May 1st, The Times announced that they will be adding a ‘weekend version’ of The Daily to their podcast slate. In addition, you’ll now be able to find their podcasts on Spotify. The event highlighted their continued evolution into a digital and podcast powerhouse.

Show description: This moment demands an explanation. This show is on a mission to find it. Only what you want to know, none of what you don’t. Hosted by Michael Barbaro. Powered by New York Times journalism. Twenty minutes a day, five days a week, ready by 6 a.m. Listen below: 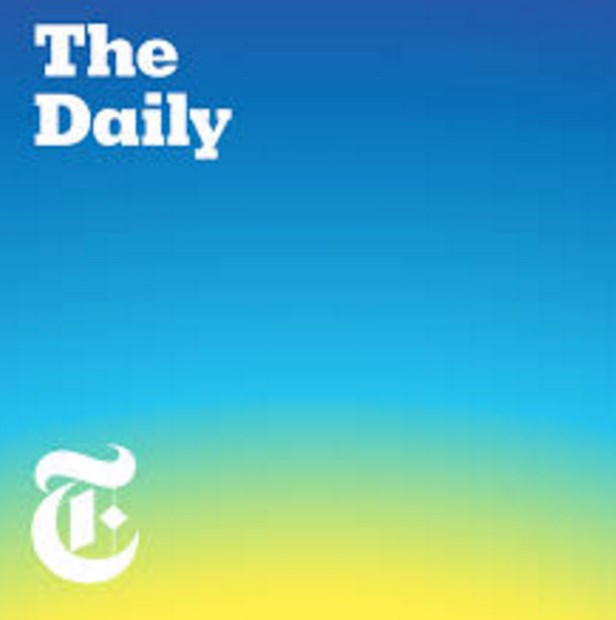 What’s next for The New York Times?

70% of Readership Now On Mobile

With 70% of its readership now on mobile devices, we continue to see an extraordinary pivot on how The Times is capitalizing on evolving consumption habits which has impacted how they curate and deliver content.

Watching this iconic news gathering organization courageously invest in digital headcount & technology should set any ‘eye-opening’ example for other traditional media companies to follow.  And they’re starting to reap the incremental benefits of this corporate strategy, as shown below.

Every super-hero needs and arch-enemy. It certainly hasn’t hurt that Donald Trump and his controversial vitriol has ascended to the Presidential throne.  The Times provides ‘daily’ checks and balances on anything politics when it comes to the Trump Whitehouse.

In addition, they continue marketing themselves through powerful advertisements, including the spot below which ran during this years Oscars.

Selling Themselves: A Clip Promoting “The Truth Is Hard To Find”

And another powerful commercial…

As an entrepreneur & digital marketer, it’s been heartwarming watching the digital ascension of The New York Times…having the bold courage to take big innovative steps…particularly after being labeled “The Failing New York Times” by Sir Donald Trump.  Stats like the ones above don’t lie, and they translate into revenue.

I always say, “Success is the Greatest Revenge”. And they are proving it…they are anything but failing. Let’s hope other traditional news-gathering organizations are taking note.

Oh How We Adore Ourselves…It’s Time To...