One of the all-time sports talk-radio icons is teasing that he might just be another ‘ringer’ jumping into the podcast pool once he turns his terrestrial microphone down come this December. It’s just another example of why podcasting revenues will continue to exceed expectations as major television and radio personalities dive into the podcasting pond.

But it’s not the intrigue of Francesa starting a podcast that caught my eye here…it’s the fact that the former co-host of ‘Mike and the Mad Dog Show’ claims to have the ‘secret sauce‘ that will make the industry great. Oh please…tell us more!

After his contract with CBS Radio is up this December, Mike Francesa will have options. And it looks like a podcast will be option one. Ironically, Francesa admitted to The Ringer that ‘he’s never listened to a podcast and that everyone is doing it wrong’. That statement is hysterical in its own merit considering his WFAN Radio show is re-purposed and available via a Podcast on the CBS Play.it network.

I’m more curious how a 63 year old radio-mainstay who’s never listened to a podcast and despises most facets of digital distribution claims that he’s figured it out.

He went on to tell the Ringer:

While he’s right in one regard (about how everyone who’s anybody is starting a podcast), I’m more intrigued by the fact that this 30-year radio broadcaster claims to have the ‘secret sauce’ for the medium, especially since he’s never aggressively embraced social media, or at the very least, has been late to the game. Forget about the fact that he’s never listened to a podcast.

When pushed during the interview about what interests him in the podcast medium, he so eloquently stated:

A Disdain For Changing Consumption Habits

So what is it that Francesa will do differently that will revolutionize the podcasting industry? First, we know he’s not a fan of the digital medium. His ‘old-school’ mindset, which understandably is based on the success he’s had in securing the tens of millions of dollars over the course of his career has prevented him from assimilating or accepting changing digital consumption habits, particularly on social media.

They all say, ‘Oh, digital, digital, digital. Radio needs digital. You got to be on Facebook, Instagram.’ They don’t know how to make a dime off that. … The bottom line is, they’re destroying their own business.”

Look At the Numbers Mike

The bottom line is that consumption habits (the listening habits of his very own audience) are changing. That is a F.A.C.T. Take one look at the INFINITE DIAL REPORT or SHARE OF EAR, and you will see it in black and white…that the weekly online radio audience is now 140 million Americans…and it continues to grow year over year.

But an iconic old-schooler like Francesa just doesn’t see the light nor does he really care. Why should he? He’s figured out how to make ‘bank’ his own way. And there’s no denying the success he’s had. Can you blame him for pushing back at a millennial world that is changing all around him? Not really…but the arrogance and conviction in saying sports radio is ‘selling its soul to the internet’ is humorous and a little condescending to the digital intellects in the room.

Brand Recognition Makes It Much Easier To Thrive = Common Sense

But there was one very common-sense statement he made during his interview with The Ringer…that brand recognition matters. Of course it does.

“First of all, if you go into the podcast business without a brand, you’re dead,” Francesa said. “You have to be a brand … Simmons does that. Carolla does that. Beck does that. I will do that. … I’m going to do well in that business as soon as I walk into it because I’m a brand.”

Of course it’s easier by having brand recognition…in any walk of life, no matter what your trade is. But I certainly don’t agree that ‘you’re dead’ without one. Francesa’s hubris comes shining through, as usual.

I am more impressed with those that work to build brands from nothing, the way you did when you first entered the radio industry. Hey Mike, it took you 30 years to build your personal brand so there’s no reason to shit on one of your producers that’s trying to build their own podcast brand.

And no, you are not dead if you enter the podcast realm without a brand. You just need to work HARDER!

Does He Know He Already Has A Podcast?

You may recall how Francesa said he’s never listened to a podcast. Hmmm, well his very own radio show is distributed across the CBS Radio’s Podcast Platform, Play.it. Hey Mike, if you want to listen to your already existing podcast…just click below. 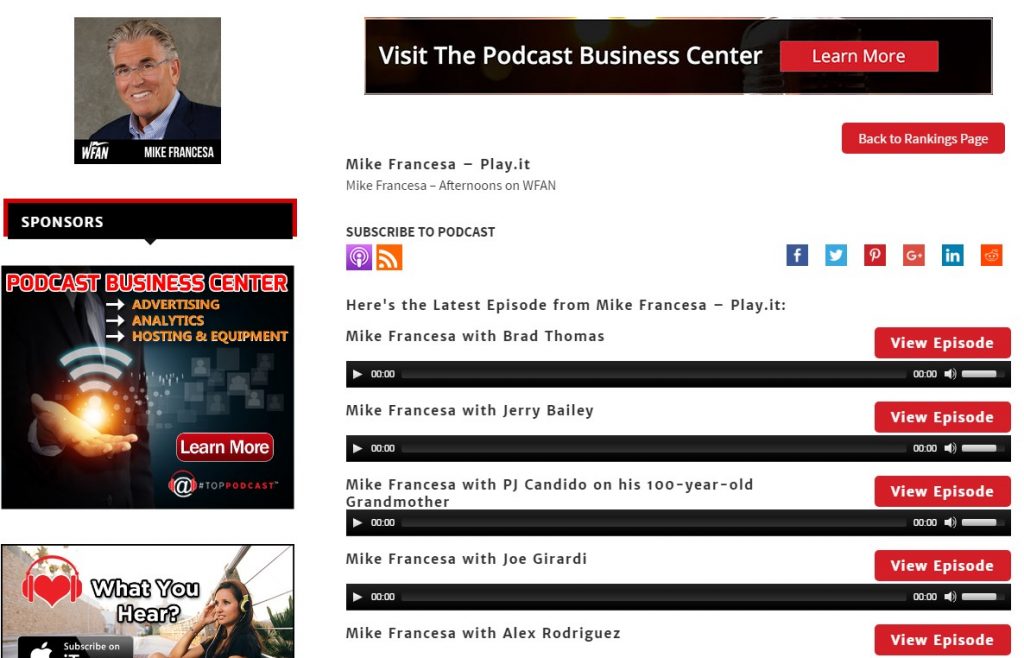 Yes, His Producers Do Have a Podcast & It’s A Good Listen

The podcast (from his producers) delivers interesting moments from Francesa’s show as well as their own opinions. Give it a listen, especially if you’re a New Yorker! Follow Brian Monzo on Twitter. 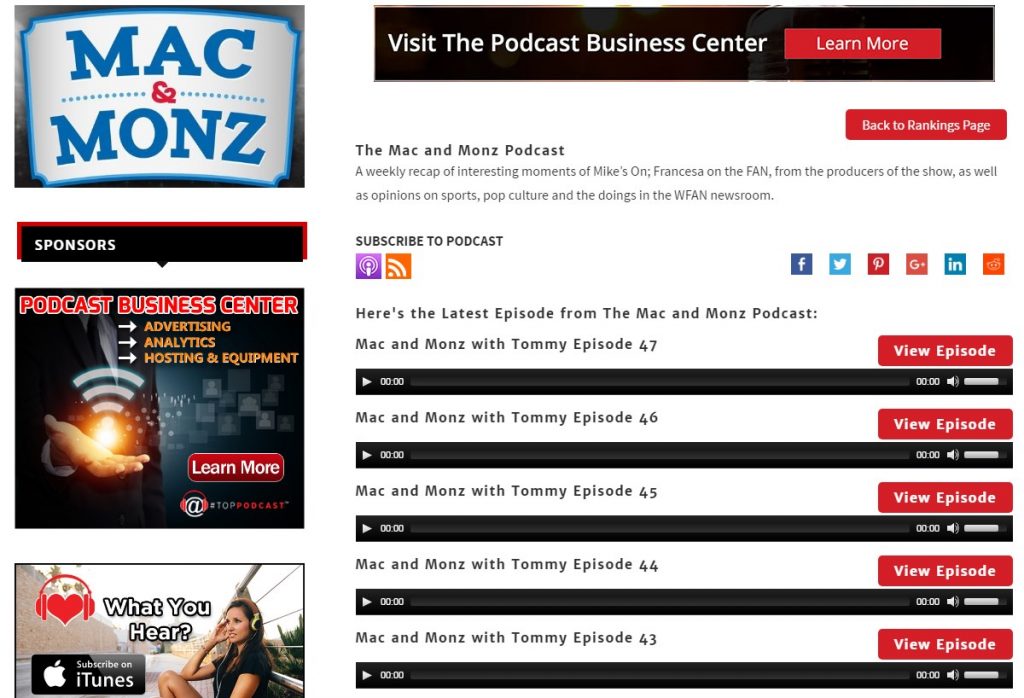 We Will Patiently Wait for Mike Francesa to Fix The Industry

I am not going to take anything away from the brilliance of Mike Francesa, particularly sustaining an iconic career in the greatest city in the world…New York City. But for now, at least until he puts his radio mic down, I’m going to anxiously await his arrival into the on-demand audio world.

I can’t wait for him to fix the podcasting industry..or at the very least, bring his recognizable brand to us…along with his secret sauce! It’s more money for the industry, and yes, more money for Francesa. A win-win for all!

How A Podcast Will Make Your Small...

10 Trends That Make The Podcast Medium...