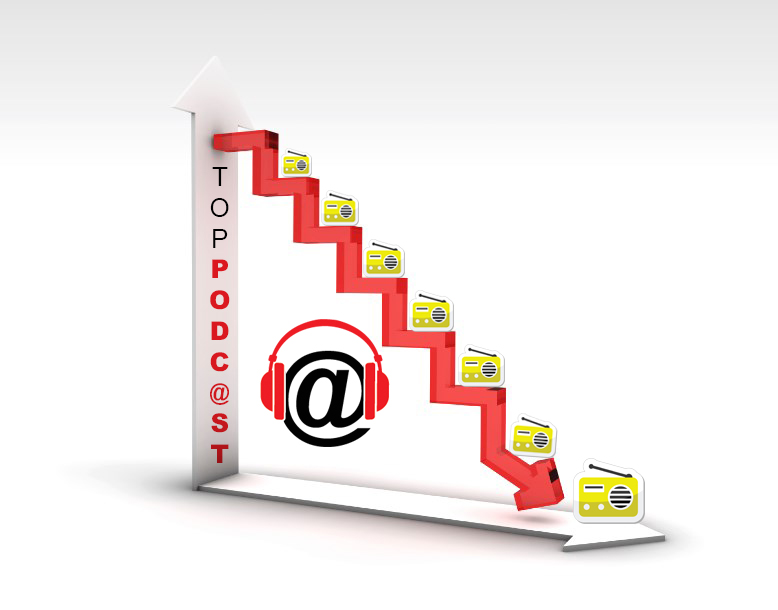 The term depreciation may cause some in print and radio to be annoyed, especially now that our divisive political environment has been a boon for some ‘traditional formats’. And 2016 wasn’t a bad year for either platform, elevated by a crazy-ass political season.

And it’s been exciting to see Radio & Print pivoting to become more aggressive over the last 12 months, in regards to their digital strategies.

On March 29th, Inside Radio ran some positive stats about Radio and Digital, from BIA Kelsey:

Every indication in the ad game points to the perennially growing significance of digital. And radio is feeling the love as well; the industry’s digital ad revenue shot up 14% in 2016, continuing a multi-year, double-digit trend, according to a new report from BIA/Kelsey. Ad billings from radio’s online assets hit $811 million last year.Those assets include station apps, websites and social platforms.

In an upcoming report, I dive into ‘just how real’ this digital growth is when you take in account ‘peeled dollars from over-the-air buys’ and ‘revenue derived from third-parties’. I don’t think you can take 14% and do back-flips on the innovation occurring within the medium.  But at least that number looks great on paper, despite it being less than 1% of the overall digtial ad spend in the country ($60 Billion plus).

CHANGING A CULTURE & MINDSET HAS BEEN HARDER THAN IMAGINED

It has been painful watching many traditional suits (editors & program directors) still trying to accept evolving consumption habits, specifically with millennials. Many PD’s in radio focus more on reaching PPM’s (Portable People Meters) rather than creating compelling content to extend to social platforms. In print, Editors forget that many of us want our news in ‘quicker blips’, under 400 words, the way Axios has rolled out their political network.

The New York Times & i-Heart Invests in Advertising their Platform

Watching the New York Times take out advertising, during the Oscars, is a perfect example of how aggressive traditional companies are getting in promoting their digital properties. As an entrepreneur that’s been fighting an old-school culture slow to pivot, this is the kind of shit I love to see.

In addition, just after i-Heart rolled out their premium on-demand app, they were the leading all advertiser on their stations…meaning, they were promoting the hell out of it. Now that’s a great thing to see!

Podcasting is Headed in the Right Direction – especially NPR

Over the last couple years, as print and radio mediums have seen experienced depreciating revenues and profits, podcasting is going in the opposite direction. Just ask NPR. That’s right, NPR.   More on them in a minute.

In the early days of podcasting, the practice of creating a podcast was relegated to only the nerdiest of us. However, in 2014, everything began to change for podcasting, as the industry slowly crept in on radio & print media’s territory. Call it the ‘mainstreaming of podcasting’ if you will.

One to One vs. One to Many – There is a Differnce

It makes sense, really, whereas radio typically appeals to advertisers that want to reach as wide an audience as possible….throw a net into the ocean, hopefully you capture a fish or two. This one-to-many advertising strategy is much different than the one-to-one intimate experience of podcasting. Again, no bashing radio…just highlighting the difference.

And, within the podcast medium, anyone can create a podcast and build a following, no matter how niche the topic. On-air personalites can extend shows into ‘after-the-show’ podcast features, building their own loyal audience that can eventually go well beyond corporate suits that pay their salary.  More importantly, social tools can be incorporated to drive downloads, thus driving revenue not just for the personalities…but for the stations too.

Bottom line, social media and the smartphone explosion has helped deliver content that’s just a click away. But Radio and print need to get aggressive (as iHeart has over the last six months on the radio side of the table…and the Wall Street Journal and New York Times have on the print side of the table)

NPR – A News Gathering Organization That Gets It

Just look at how successful NPR has become within the industry. Why? Ultimately, they are a culture of news-gatherers who quickly recognized the power of the podcast medium. Call them visionaries if you’d like. But they had the courage to dive in headfirst, utilizing their greatest assets…the people gathering news…and extending it to an audience that embraced it on-demand.  As mentioned in our earlier article: NPR-The Authentic Voice That Has Always Connected, shows like Hidden Brain, Planet Money, How I Built This, and Pop Culture Happy Hour demonstrate their unbridled focus on the medium.

It’s been said publicly that as much as 30% of NPR’s revenue now comes from podcasting….WOW! Hopefully the industry is listening. Editorial note: Don’t quote me on that, but that’s been floated around in different trades and articles.

Podcastings Rise Could Be Blessing To Traditional Media

In fact, the rise of podcasting is something of an ominous herald, depending on who you talk to in Radio & Print Media. Both mediums have aggressively jumped into podcasting. Some, like CBS Radio, with 300+ podcasts (many that re-purpose their own on-air content), seem to use a ‘throw as much against the wall strategy’ and see what sticks. There’s nothing wrong with this, but the potential is so much greater for them simply because they too are a news gathering organization, like NPR, with iconic spoken-word news stations in most major markets.

Others are taking a more strategic, methodical approach to podcast investment and resource allocation like the Wall Street Journal, The New York Times, and more recently i-Heart Media, who late last year sent a powerful message  to the Radio industry when they hired VP level positions to accelerate their podcast growth strategy.

Chris Peterson has been hired as Senior Vice President of Podcasting. He will oversee iHeartRadio’s overall podcast strategy and grow its profile in the community. Chris Peterson was previously at TuneIn, which is a competitor to iHeartRadio in the radio aggregation business. He was Content Partnership Manager at TuneIn. Chris Peterson was also the Director of Operations for Glenn Beck’s The Blaze network.

When I saw this, I knew a transformation in the industry was on its way. A great move by them!

Love That Spotify Is Jumping Into Custom Content Creation

And watching Spotify jump into the ‘custom-content’ podcast business could be a game-changer. Let’s see if the radio industry, as a whole, will find ways to aggressively hold on to their large edge in overall audience, despite its lack of aggressiveness in mirroring the NPR podcast strategy.  Bottom line, Spotify has the opportunity to make a powerful play in the industry…if they want. We will be patiently waiting….hey, call us, we can accelerate that strategy.

Have microphone, will podcast: On-air personalities want in

A perfect example of the incremental steps traditional media is taking, expanding into podcasting, is News On The Rocks, a creative niche podcast extension of a couple of talented CBS Radio on-air personalities in New York City.

The ambitious show is virtually ‘a cocktail party conversation about news’…hosted by WCBS-AM Morning Anchor Wayne Cabot and CBS-FM morning personality Patty Steele.  Featured on the CBS Radio podcasting platform, play.it,  this is a microcosm of what’s happening inside newsrooms all across the country, both print & radio.

Additionally, since people can easily access archived content, you don’t have to be a devout follower of the show to get on board with an established podcast. Test drive this creative show by clicking on the thumb below, or simply join the play.it network or download the Radio.com app. 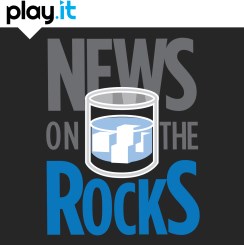 Unlike radio, you can find, discover, and re-listen to your favorite shows. That is if you know where to discover podcasts in the first place (Hence, our website).

Consumption habits continue to change.  It’s exciting to see traditional media brands aggressively working to implement digital strategies to keep up with a changing marketplace. Online content and the investments traditional media is making will only become bigger.

Finally, the ‘innovate or die’ mantra is taking hold…a mantra that should have been in action 5 years ago…Where were you then?

Major statements that traditional media is making in the on-demand audio platform:

Bottom line, news and traditional media organizations are turning to podcasts not just to drive content, but more importantly, to tap into the revenue stream podcast advertising offers.

Finally, the current political divisiveness in our country is giving the podcast platform an even bigger voice for those that choose to capitalize on what is becoming the golden age of cable news.  Just look at Pod Save America, a podcast created by President Obama’s former speechwriter and former aides, which is near the top of the iTunes chart. Test drive the show by clicking below, or you can also listen on STITCHER (they have a fabulous app too) 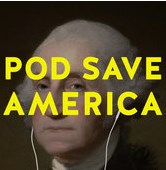 Podcasting’s growth trajectory will accelerate, as spill-over will continue within news gathering organizations, especially those publishers that define clear podcast strategies and invest in adequate headcount & resources to drive the medium forward within their organization.

All In or Vanish (Friendster was MySpace was Facebook)

As more people tune in online, as consumption habits continue to change, more high-quality podcasts will be created. Our future will be filled with innovative content being generated by a more diverse group of content creators.

Although changing consumption habits are terrible news for print & radio organizations that aren’t ahead of the digital curve, it means GREAT THINGS for those of us that dive into the podcast industry! For those of of old enough to remember, Friendster was the first MySpace. Look at them now…Then again, Zuck buys everything that’s a threat…the force is strong with him.

Here’s to the continued acceleration of the medium. Here’s to traditional mediums going all-in!

Editorial Note: This article was update on March 29, 2017, with stats from Inside Radio/BIA Kelsey.

How to Make your Podcast Stand Out

A Courtship In The Making? HowStuffWorks &...

TopPodcast Picks: Our 90 for 90 Recommendations...

The Joe Rogan Experience is Moving To...