Not in our directory?
Add Show Here
Podcast Equipment
Center

Welcome to Critical Role, where a bunch of nerdy-ass voice actors sit around and play Dungeons & Dragons! Join Dungeon Master Matthew Mercer and an all-star cast of world-class performers each week as they travel through imaginary realms for more adventure than you can shake a magic staff at. Need a deeper dive? Be sure to catch Talks Machina with Brian W. Foster, the official Critical Role companion show, right here on Critical Role. Read More

Welcome to Critical Role, where a bunch of nerdy-ass voice actors sit around and Read More

Voice actor Matthew Mercer leads a group of fellow voice actors on epic Dungeons & Dragons campaigns. These familiar voices bring the audience into the full experience of D&D, allowing imaginations to soar as the characters embark on adventures. This is Critical Role! Read More

Riddles! Puzzles! WhoDunnits! Adal Rifai, Erin Keif and John Patrick Coan, three of Chicago's most overrated improvisers, are on the case to solve every riddle, puzzle, brain-teaser, and head-scratcher known to humanity. Some riddles are almost impossible, some are absolutely improbable, and some simply have not aged well. And if you don't like riddles, don't worry! This podcast is barely about them!

Like what you hear? Join the Clue Crew for weekly bonus episodes at Patreon.com/heyriddleriddle

In the spirit of old-school tabletop role-playing games, a collection of five super-nerds engage in an Actual Play podcast of Paizo's Giantslayer Adventure Path. Using the rules of the Pathfinder RPG system, the Glass Cannon interweaves immersive storytelling with irreverent, improvised humor to deliver the experience of what it's really like to sit around a table rolling dice and ball-busting with your best buds. The Glass Cannon Podcast is an officially licensed podcast of Paizo, Inc. Read More

In the spirit of old-school tabletop role-playing games, a collection of five su Read More

Welcome to High Rollers, a live-play Dungeons & Dragons podcast! Join Dungeon Master Mark Hulmes and his players as they explore the world of Aerois on Europe's biggest RPG stream! Episodes go live Mondays and Thursdays! Watch live every Sunday at 5pm UK Time on twitch.tv/highrollersdnd or catch up on missed episodes on youtube.com/highrollersdnd! Read More

Your weekly source for all things Commander (aka EDH), a multiplayer Magic: The Gathering format, with hosts Jimmy Wong and Josh Lee Kwai. Focused on all aspects of gameplay and strategy from table politics, budget builds, to deck building and more! commandzonecast@gmail.com Link to survey: https://bit.ly/2EcYbu4 For advertising opportunities please email PodcastPartnerships@Studio71us.com Read More

Your weekly source for all things Commander (aka EDH), a multiplayer Magic: The Read More

Branson Reese and his jester's retinue, Christopher Hastings, Carly Monardo, Tim Platt, Joe Lepore, and Ali Fisher, buck and bumble through the magical backwater world of Cordelia. One hopes you enjoy both japes AND scrapes, because honestly, it would be impossible to disentangle one from the other, given their profound entwinement in this particular piece of entertainment. Produced by Taylor Moore @ Fortunate Horse. Read More

Not Another D&D Podcast

Welcome to the campaign after the campaign! Three unlikely adventurers attempt to right the wrongs caused by a party of legendary heroes who screwed up the world while trying to save it. DM Brian Murphy is joined by Emily Axford, Jake Hurwitz, and Caldwell Tanner for this D&D play podcast.

The creative team behind The Glass Cannon Podcast brings you an all new weekly adventure full of laughter, tears and six adults playing make believe. Set in the distant future, five strangers find themselves caught in the middle of an interstellar mystery that threatens the very existence of the galaxy! Join us every week as characters' fates lie in the hands of dice rolls and friendships are ruined over rules arguments. As an official partner of Paizo, Inc., Androids & Aliens is an actual play podcast of the Starfinder Roleplaying Game Dead Suns Adventure Path. Visit us on Patreon at http://www.patreon.com/glasscannon to unlock an exclusive Patrons-only podcast along with other rewards and check out http://www.glasscannonpodcast.com to join in on all the fun happening in #GCPNation! Read More

A weekly podcast dedicated to improving your play at Magic: The Gathering with an emphasis on Limited play.

A weekly podcast dedicated to improving your play at Magic: The Gathering with a Read More

Every week, LSV and BK cover all things Constructed, from the newest decks to Constructed fundamentals.

Every week, LSV and BK cover all things Constructed, from the newest decks to Co Read More

Rusty Quill Gaming is a weekly ‘actual play’ Podcast following a group of comedians as they play original, extended, table-top Role-Playing Games. Expect epic battles, critical misses and the occasional special guest as the party strive for fame and glory whilst cracking wise and trying not to kill one another. Read More

Step inside the Magic: the Gathering world of Ravnica in this Fantasy Mystery Audio Adventure governed by the rules of Dungeons & Dragons that Nerdist calls “a critical hit’!

Five Ravnican citizens, each from different guilds, have their lives turn upside down when they find a mysterious artifact; a perfect metal orb. Though its properties are a mystery, it’s somehow connected to a strange infection spreading throughout the city. Black tendrils of corruption are making people lose their minds, or perhaps giving them new ones.

It’s a race against a clock they cannot see with certain doom if they fail, and all out guild war if they succeed. Prepare for a literal mind bending adventure of intrigue, mystery, and scientific mayhem! All this and more in Campaign #1 of Encounter Party!

Follow the show and interact with the creators and players on Facebook at Facebook.com/Groups/TheEncounterParty (@EncounterParty), or Twitter/Instagram at @Encounter_Party! #EncounterParty. Come join the Party in our Discord server at https://discord.gg/zRTrcRv

Step inside the Magic: the Gathering world of Ravnica in this Fantasy Mystery Au Read More 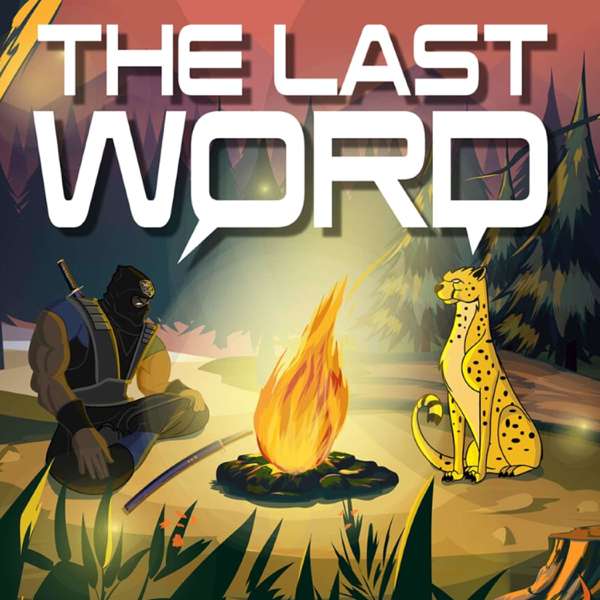 Ebontis and Lord Cognito usually joined by guests of the Destiny community to discuss the news of the week, the state of the game, and the community that surrounds it. We enjoy getting to know how our guests got involved in the Destiny community and also how they got into gaming in general. Support this podcast: https://anchor.fm/ebontis/support Read More

Just Roll With It

An absurdly powerful D&D podcast where we just roll with it.

An absurdly powerful D&D podcast where we just roll with it. Read More

Follow the continuing epic podcast adventures of Tug, Derf, and Karl (played by Kirk, Jamal, and Bryan) as we navigate our way through our first 5E D&D campaign. Read More

Go inside the walls of Dungeons & Dragons for exclusive interviews and previews! The D&D team sits down each week with celebrities and personalities from across gaming and pop culture to discuss one of the greatest fantasy brands of all-time. We'll talk about the tabletop roleplaying game, as the latest in D&D video games, comics, novels, movies, and television. Read More

A weekly Magic the Gathering commander podcast brought to you by some of the minds behind EDHREC.

Welcome to The Poker Coaching Podcast, hosted by Two-time WPT Champion and Player of the Year, coach, and 14-time best-selling author Jonathan Little. This podcast is a mix of in-depth strategy content and inspirational life advice, including episodes of Weekly Poker Hand, A Little Coffee, and Little Poker Advice. Connect on twitter @JonathanLittle. Get your free trial membership to PokerCoaching.com today! Read More

Each week, under dark of night, in a dining room in Encino, a group of warriors led by Brian Posehn plays Dungeons & Dragons and you’re invited to attend! Read More

Each week, under dark of night, in a dining room in Encino, a group of warriors Read More 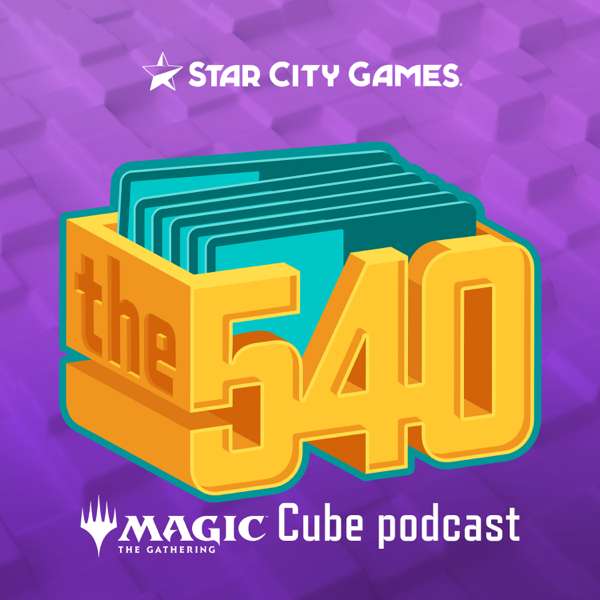 ‘The 540’;, a Magic: The Gathering podcast from Star City Games, feat Read More