Top Posts
Podcasts are Going Mainstream.
Apple Updated Its Categories & Subcategories – It’s...
Custom Branded Podcasts Becoming A Must-Use Tool for...
Podcast Advertising Works Because It’s the Ultimate Referral
Looking for Many of the Top Podcast Publishers...
NPR: An ‘Authentic’ News Gathering Organization That Has...
Got Podcast? TopPodcast.com Will Give Independent Podcasters A...
The “Lean In” Listening Experience Makes Podcasting Ads...
The Power of Podcasts Deliver Unblockable Ads &...
TopPodcasts for Kids? Podcast Networks Are Betting Kids...

Wishing you and your family a safe secure time during this challenging period. Once you find a podcast, you can listen on our site or go directly to the show via the Apple Podcasts link. TopPodast is your first step towards podcast discovery!

The 2020 election is finally thinning out! We originally had 26 candidates, but now we only have ten. Below I’ve listed each candidate from most liberal to most conservative and the podcasts that embody their campaign! 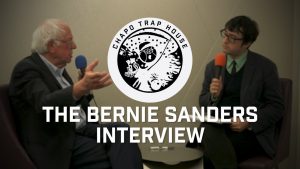 Chapo Trap House’s origin stems from their support of Bernie Sanders in 2016. Often painted to be “ the scumbag left” or “Bernie Bros” by people who do not understand them, this podcast provides interesting insight to a large percentage of the country’s ideology. Each host provides a different skill set, whether it’s as a reputable journalist or as a ranting lunatic. They are sick of “business as usual.” The Chapo folks believe in socialism, and they do not care what you think. Bernie Sanders and Chapo Trap House embody the frustration that a portion of America has towards large banks, big pharma, and a stagnant political left.

Cody Johnston, Katy Stoll, and Robert Evans all are members of the progressive left. Evans is a journalist, Stoll is an actress & producer, and Cody Johnston is a comedian – they are diverse in their views. This show provides a rare insight into the differences between members of the progressive left. There are often disagreements on gun rights, Bernie vs. Warren, and whether or not “Bernie Bros” exist. This show focuses on the 2020 election, while also shining light on under-reported stories like the chemical attack at a Furry Convention.

Tom Steyer is the poorest billionaire running for the Democratic nomination. His original strategy was to spend millions of dollars on ads in hopes that he could win people over and get onto major media outlets at his will. Unfortunately for Tom, Mike Bloomberg came along who has 50 billion more dollars than him. For Tom Steyer it was hard to find a podcast that completely embodies him, because he’s an ideological blank canvas, aside from hating climate change & wanting to defeat Trump. This episode of Deconstructed with Mehdi Hasan in which Tom Steyer talks about what he believes and why he’s running for president would be great for anyone subtly interested in Thomas Steyer.

Many people were introduced to Tulsi Gabbard and Andrew Yang through the Joe Rogan Experience, & that says a lot about their candidacy. The average JRE listener is young, likely pro-marijuana and anti-establishment, odds are they don’t like Trump and they like Hillary Clinton even less, but no one likes Hillary Clinton less than Tulsi Gabbard. For people looking for an interesting outsider in the Oval Office, Tulsi certainly fits the bill. The Joe Rogan Experience has guests who are ignored by the mainstream media, making Tulsi a perfect guest. Gabbard has been on JRE three times. 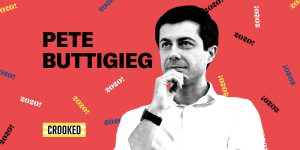 The Pod Save America guys are some “hip dudes” that really feel like a fresh face in the political sphere. Hosted by the former Director of Speech-writing for President Barack Obama, a former Senior Adviser to Barack Obama, and a former Obama staffer. They are proving that what happens in Washington stays in Washington. Pete Buttigieg is modelling his campaign after the “Obama Playbook.” Both the guys from Pod Save & Pete Buttigieg are valedictorian types that firmly believe they have the best vision for America. If you loved 2013 & love neo-liberalism, Pod Save America and Pete Buttigieg are the right people for you.

After doing terribly in both the Iowa Caucus and the New Hampshire primary, a host of the FiveThirtyEight Podcast said “I don’t know why but I feel like Joe Biden is in second place.” FiveThirtyEight is centered around data-tracking and analytics, their hosts breakdown the data and then give their opinions on it. Despite the former Vice President being 5th in the delegate count through 2 States, the folks over at FiveThirtyEight still have him positioned in second place.

If you’ve never heard of Bill Weld, I completely understand, however he does have more delegates through 2 states than Tom Steyer or Tulsi Gabbard. Weld is a Republican candidate for President who proudly has 1 delegate. Weld has appeared on the Bulwark Podcast three times. The show describes itself as “No shouting, grandstanding, or sloganeering.” The Bulwark is a Conservative-Opinion website operated by Bill Kristol.

Ben Shapiro is a popular right-wing commentator known for his fast-paced speech and “epic take-downs of the libs.” Odds are, if you agree with Mike Bloomberg’s policies, you’d also like the things that Ben Shapiro has to say. Much of Shapiro’s show focuses on the ills of progressive dogma and the disastrous deterioration of social norms, he appeals to people’s fear of change and offers something familiar – much like Mike Bloomberg.

With titles like “BUTTIGIEG IS A RADICAL LIBERAL!” and “WARREN’S STUDENT DEBT SCAM! | Ben Shapiro Guests” this is the perfect podcast for a Trump supporter. Host Stephen Crowder is what would happen if a Trump tweet came to life. Crowder’s sense of humor very much aligns with the average MAGA fan who hates political correctness. This podcast is not for people who are sensitive to race, gender, and religion, or believes in cancel culture.

The beauty of the internet is that we get to pick the media that makes us feel the best about our world-view. If you already listen to one of these podcasts and support a candidate, maybe listen to another candidate’s podcast to test your convictions. It’s important to avoid echo-chambers and to understand what other people are believe in.

Jason Peters has been involved in the content creation and podcast space since 2013. He has built out three shows, develops podcasts for companies on a freelance basis, and hosts his flagship podcast series "2100."

Live Podcast 101 – From Recording to Performing

Oh How We Adore Ourselves…It’s Time To...

The Instersection of Digital Marketing & Podcast...

How to Monetize a Podcast